What a better way to know the island of Zakynthos (Zante) by renting a car from Smart Rentals? This little paradise of the Ionian offers an endless list of beauties from beaches to monasteries and cultural attractions. Below we present you with a small sample of must see places while on the island of Zante.

The beach of Shipwreck, Navagio or Smugglers cove as it is also referred is the best known sight in Zante, one of the most famous in Greece and one of the most photographed in the world.

An amazing creation of human and nature, Shipwreck in Zante is only accessible by sea with private boat or taking a boat trip departing from St. Nikolaos port, Zakynthos town, Porto Vromi, Makrys Gialos or other.

Yet there is the possibility to admire this endless beauty from the village of Volimes on the north through a platform overlooking this fine beach.

Bohali is a picturesque district lying on the hill above Zakynthos town. The area is well known for the magnificent views it offers to the town, the port and the Ionian Sea.

There are a couple of cafes located in Bohali serving the local sweet frygania.

Kambi Cross is situated on Schiza mountain in the village of Kambi. The cross is made of cement and due to its huge dimensions it can be spotted even at kilometeres of distance.

The Kambi Cross is erected on a promontory more than three hundred and fifty metres of the sea level and is a live symbol to commemorate those who passed away during the civil war and World War II. The sight worths a visit and offers an astonishing view to the Ionian Sea. 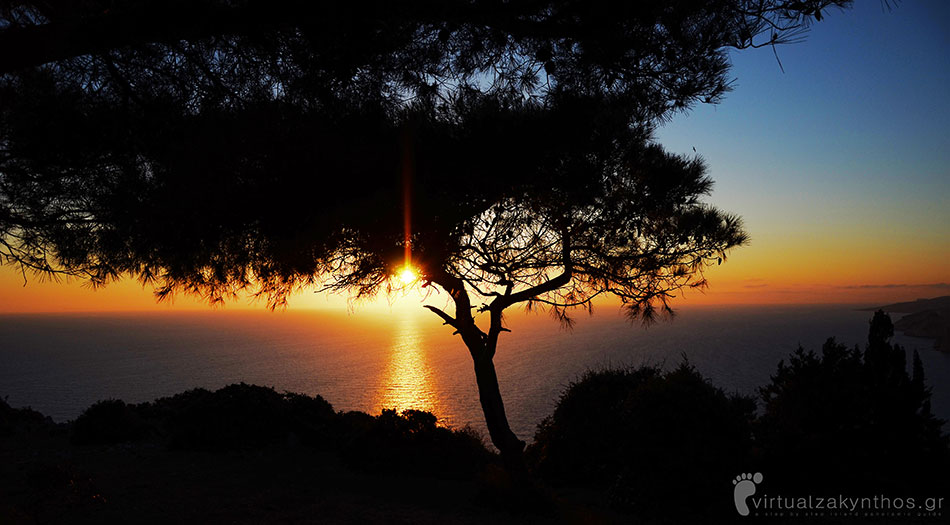 On the south of Zakynthos island you will find the traditional village of Keri. On the edge of a cliff, 200m from the sea level there is the Keri lighthouse. This is a tower that was built in the beginning of the last century to help passing ships avoid crashing on the sharp rocks in the area.

The lighthouse worths a visit as from here you can enjoy one of the most amazing and romantic sunsets you have ever seen. 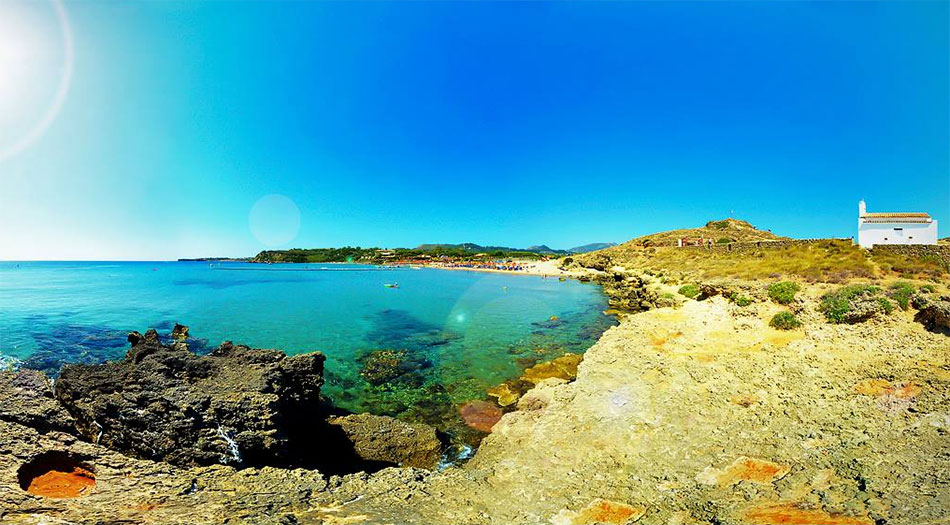 This is one of the most beautiful beaches on Zakynthos island. It is fully organized with beach bars, water sports and offers a plethora of restaurants and taverns.

What distinguishes Agios Nikolaos beach and makes it a must visit is the picturesque little church on the edge of it overlooking the Ionian Sea. 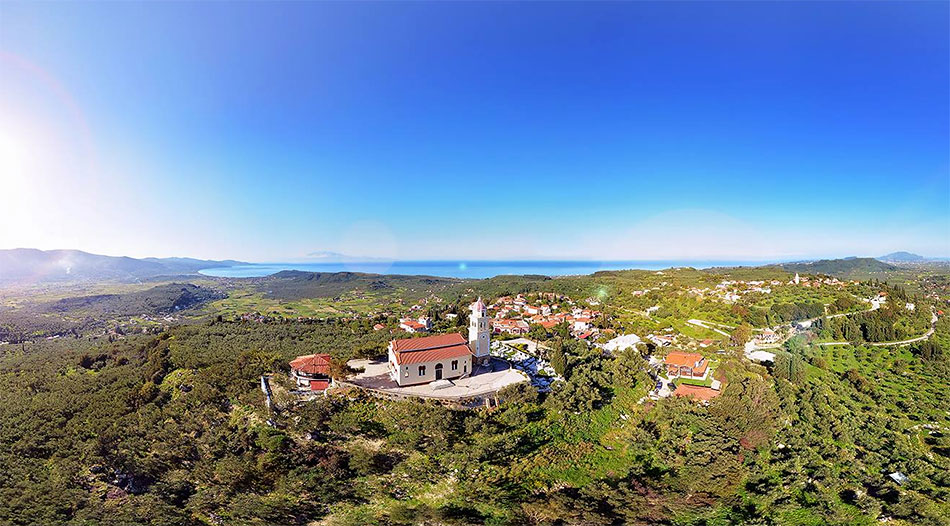 The lovely village of Gerakari is found 13km northwestern to the town of Zakynthos and is located in the middle of Alykes and Tsilivi tourist resorts.

The village is compromised by three separated areas, one close enough to the other, Ano Gerakari, Messo Gerakari and Kato Gerakari. The lovely church of Agios Nikolaos is located in Ano Gerakari and is well known due to the panoramic, breathtaking view it offers. 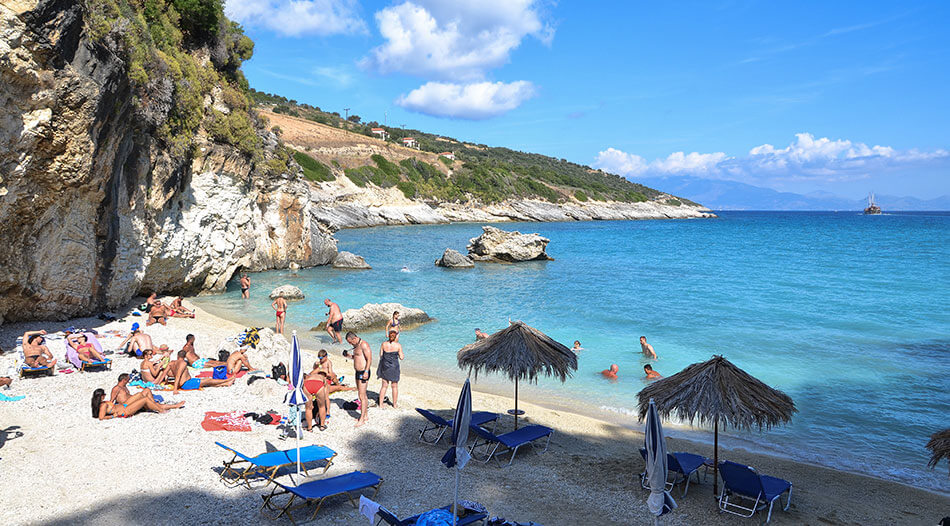 The small pebbly beach of Xigia is found on the east coast of the island, near Makrys Gialos.

It is a non crowded place, with crystal clear turquoise water and peaceful atmosphere. The beach is well known for the submarine sulphur spring found at a nearby cave. Also called the “Natural Spa of Zakynthos”, swimming here is more than only relaxing!

At the district of Bohali there is a beautiful green hill which is called Strani Hill. This is where Dionysios Solomos, Greece’s national poet, inspired from the cannonades in Messolonghi (under the siege of the Turks at that time) during the Greek War of Independence and wrote in 1823 the ‘Hymn to Freedom’, Greece’s National Anthem.

At a short distance on top of the hill there is Solomo’s mansion, while at the small square in front of it one may see his bust.

The beauty of the landscape and the captivating view help us understand the source of inspiration for Dionysios Solomos.

To ensure the health and well-being of our customers all prescribed hygiene protection measures have been implemented. Our vehicles are thoroughly cleaned and disinfected both, inside and outside, before we hand them over to you. Our Team members have been trained to fulfil all health and hygiene requirements.